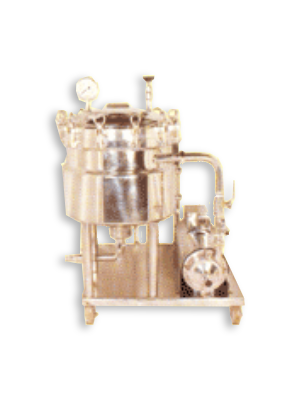 STANDARD FLOW TYPE : The impure liquid to be filtered is fed to the filter shell by pump. It arrives on top of each plate through opening on the sides of plates. As liquid pressure increases, the filter media (Paper/fabric) holds back the impurities & allows the crystal clear filtrate to pass through the central channel (formed by interlocking cups) which takes the filtrate to the outlet of filter. This filter most commonly used to obtain clear liquid. However if required, the cake formed between the plates can be obtained. Filtration is continued until its rate becomes very slow due to increased cake resistance.